Distilleries to visit in Scotland

Whisky is one of Scotland’s most famous exports. Scotch whisky is beloved the around the world, by Scots and non-Scots alike. Our island is covered in fantastic distilleries producing quality whisky throughout the year. The best part? Most of them happily throw open their doors to visitors, offering tools and tastings and the chance to experience the making of some of the most famous drinks brands in the world.

For guests coming to Scotland we highly recommend a trip to one of these brewing havens, and for the more adventurous we recommend taking a car and doing a whole whiskey trail. For those who fancy dipping a toe in the water of life, we’d highly advise adding the following to your itinerary: 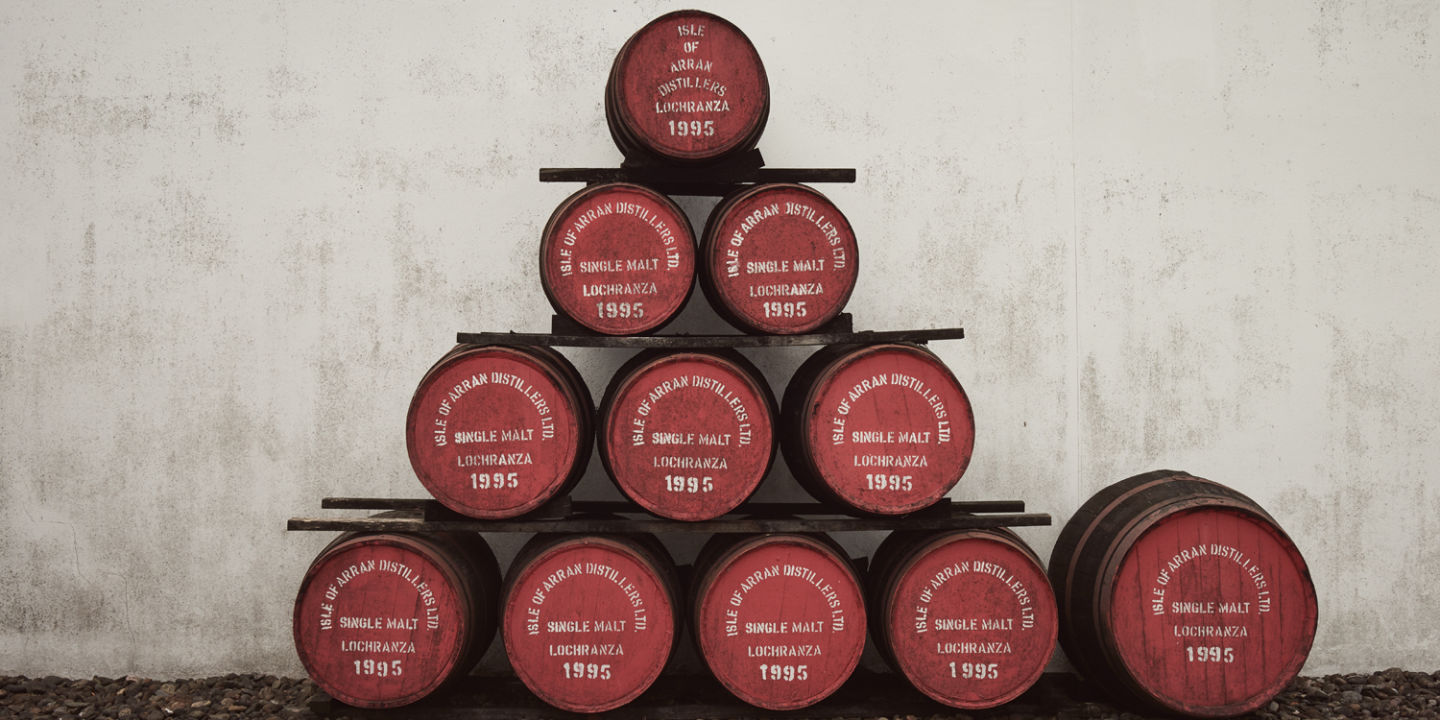 In the early 19th century, there were more than 50 whisky distilleries on Arran, most of them illegal and carefully hidden from the eyes of the taxmen. The Island’s malt whisky was shipped to the mainland and enjoyed by the gentry, who regularly ‘took the Arran waters’. It was acclaimed at the time as the best in Scotland – only rivalled by those from the ‘Glen of Livet’. The Distillery was opened in 1995, at Lochranza, in the north of the Island. During the official opening ceremony, two golden eagles, who live on the mountain behind the Distillery provided a flypast as a ‘thank you’ for halting building work for several weeks to allow them to hatch their chicks. On a warm summer’s day, they can still be found, floating high on the thermal currents, before dropping like a stone, hunting their quarry.

Dalwhinnie Distillery stands in the Cairngorm National Park at the heart of the Scottish Highlands in the village of Dalwhinnie. From this remote but accessible location comes Dalwhinnie 15-year-old single malt scotch whisky, known as the gentle spirit. Visit for a distillery tour and see how they make our single malt whisky. At the end of the tour enjoy a taste of Single malt whisky paired with specially selected handmade chocolate. Dalwhinnie 15-year-old is a Highland malt whisky but some have argued that it should be called Speyside malt because the water source is a tributary of the river Spey the great whisky river. Sometimes called the highest distillery in Scotland and at 1164 feet above sea level we must be one of the highest distilleries.

By the tranquil shores of the Dornoch Firth, amidst the golden barley fields of Ross-shire, lies the Glenmorangie Distillery. Here you will find a warm Highland welcome from the legendary Men of Tain, the skilled craftsmen who ensure that Glenmorangie is made in the same unhurried and uncompromising way it has always been through its long and distinguished history

There’s no better way to appreciate The Glenlivet than with a journey to the distillery, nestled deep in the dramatic scenery of Speyside, the heart of Scotland’s whisky-making country. You can explore the turbulent history of the whisky smugglers, delve into the enigmatic world of distilling and sample the single malt that started it all.

Nestled in the South of Islay, Scotland’s whisky island, Lagavulin can be found sitting quietly in its small and beautiful bay. As one of Scotland’s most famous whiskies Lagavulin embodies the flavours of the island on which it sits with its rich fruit & smooth smoky flavours complimented by a good dose of Islay peat & crisp sea salt. Widely known as the Queen of the Hebrides, Islay, has everything you could possibly ask for from a small Scottish island. The landscape and scenery change dramatically as you journey around the island from the long sandy shores of Machir bay to the rugged cliffs of the Oa, the island has plenty of spectacular views and walks to offer those keen on the outdoors.

No one knows the full history of Laphroaig as much of it has been lost in the midst of time, unfortunately. It’s clear that the Irish had been distilling here for many years and that the locals picked up the skills when they left, but because it was illegal the small stills on the farms were rarely discussed – just a nod and a wink in the right direction! What we do know though, is that the Johnston’s started farming here around 1800 and that soon after messers Charles and Willie Doig were asked to do some ‘work on a distillery’ at Laphroaig. By 1815 Laphroaig’s reputation had spread and the tax man was getting suspicious so they officially established Johnston & Johnston and the legend of Laphroaig begun.

Talisker Distillery is the oldest working distillery on the Isle of Skye. It is set on the shores of Loch Harport, in the village of Carbost, on the beautiful Minginish Peninsula that boasts dramatic views of the Black Cuillin. Come and visit for a tour and taste of award-winning Talisker 10-year-old Single Malt Scotch Whisky, see the 5 Copper Pot Stills and the traditional worm tubs that make Talisker so unique. Take a look in the Warehouse at the oak casks where the Angels Share is lost to evaporation during the maturation process. An absolutely stunning place to visit.

There are many beautiful whisky distilleries in Scotland that are well worth a visit. Go, enjoy the sights and sounds, enjoy seeing a wonderful spirit being made, enjoy good food and company, and enjoy a wee dram at the end of the experience.