Scotland attracts over two million tourists each year from all over the world and for many, Scotland is on their bucket list!

Tourists come to soak up the culture and learn all about the history of Scotland.

The battles, the clans, some even come to trace their ancestry, visit the numerous castles including the world-renowned Edinburgh Castle right in the middle of Scotland’s capital city.

The diverse scenery from the Scottish lowlands to the Scottish Highlands and Islands; amazing beaches, rugged mountains, stunning lochs, with the attraction of bagging a few Munros on holiday such as climbing Ben Nevis (the highest mountain in the British Isles), marvelling at the amazing wildlife; golden eagles, puffins, otters, red squirrels, red deer, wildcats, these are just a few animals that you might spot on your travels.

If you like buildings, then visit the cities of Edinburgh, Glasgow, Dundee and Aberdeen to see some stunning architecture; Glasgow City Chambers, Riverside Museum, V & A Museum in Dundee or a walk down Edinburgh’s Royal Mile are worth putting on your list.

Some tourists come to enjoy the food; to eat salmon and haggis, try a deep-fried mars bar, enjoy a ‘chippy’ in Anstruther and of course… visit a whiskey distillery or two! Last but not least, many tourists comment on the welcoming, down to earth Scots with their sarcastic wit and dry sense of humour as well as being an unbelievably generous nation.

Scotland is part of the United Kingdom (UK; Scotland, England, Northern Ireland, Wales) and covers the northern area of the island of Great Britain with a population of approximately 5.4 million and is bordered by England to the southeast (which has a population of approx. 55 million in comparison!).

The Atlantic Ocean (to the north & west), The North Sea (to the northeast) and the Irish Sea (to the south) surround Scotland and as well as the 790 Scottish Islands (which include the Hebrides and the Northern Isles).

The word “Scotland” comes from Scoti, the Latin name for the Gaels. English is the native language in Scotland, but Gaelic is also still spoken mainly in the Highlands & Islands.

A wee bit of Scottish History

The history of Scotland is a long and bloody one starting with the Romans invading Britain in the 1st century AD and claiming southern Britain as an addition to their empire known as Britannia.

The Romans couldn’t tame the scary fierce kilt wearing folk in the north (Scotland) and therefore, a wall was built to keep them out on Emperor Hadrian’s orders.  This wall stretched from Segedunum at Wallsend on the River Tyne, via Carlisle and Kirkandrews-on-Eden to the shore of the Solway Firth.  The majority of this wall is no longer visible but there is a path that runs for 135km so you could always go on a walking holiday!

Thereafter, in 1066, The Normans conquered England and many Anglo-Saxons then settled in the Lowlands of Scotland bringing growth to towns and increasing trade. However, there were still many bloody battles ensued between the Scots and the English; William Wallace Stirling Bridge, Robert the Bruce at the Battle of Bannockburn, Mary Queen of Scots….it wasn’t until the early 1700s when the parliaments of these two nations, Scotland and England, formally agreed to the Act of Union and established the Kingdom of Great Britain. 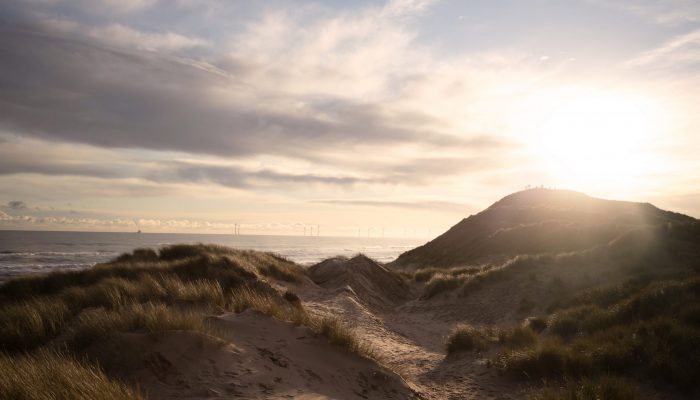 Aberdeenshire is located in the north east of Scotland and is home to the city of Aberdeen, as well as miles of gorgeous coastline, complete with secluded beaches, picturesque seaside towns, and breath-taking rugged cliffs. Things to do in Aberdeenshire Nature lovers can head to St Cyrus National Nature Reserve, one of the most diverse… Read more 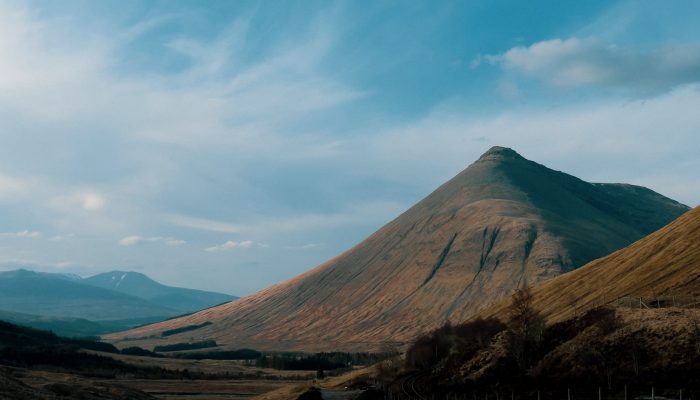 Situated on Scotland’s stunning west coast, Argyll has to be one of the most popular holiday destinations in Scotland and is the gateway to many of Scotland’s beautiful islands, including Mull, Jura and Islay. Things to do in Argyll There is so much to see and do in this beautiful part of the country. The… Read more 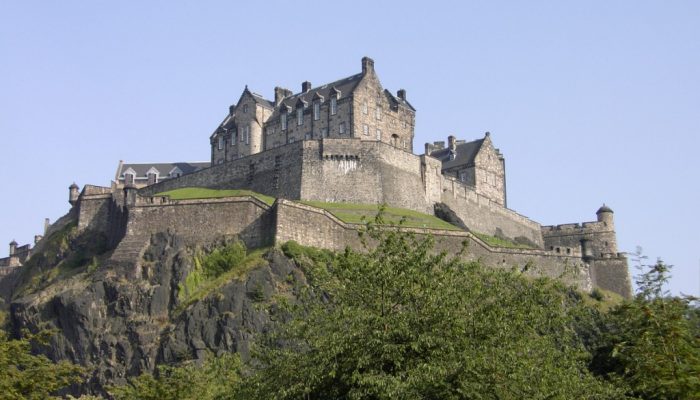 Edinburgh and the Lothians

Scotland’s iconic capital is certainly a bucket list destination for many. With its famous Medieval old town rubbing shoulders with the more refined Georgian New Town, there’s so much to see in this wonderful city! Visiting Edinburgh Dominating the city’s skyline, the first thing that catches your eye is Edinburgh Castle. With a rich history,… Read more 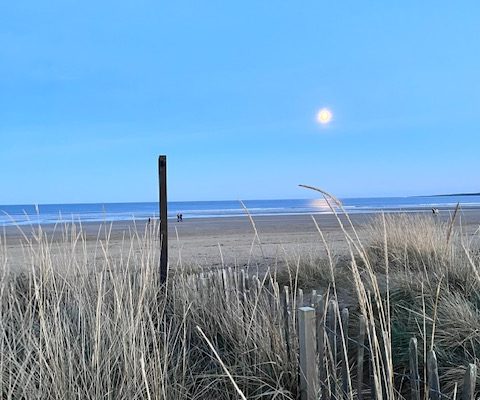 The Kingdom of Fife is a beautiful place to explore. Perhaps most famously known for St Andrews and its golfing history, the region is home to a number of beautiful fishing villages, as well as plenty of castles, museums and galleries. Explore Fife Just a short drive across the scenic Forth Road Bridge from Edinburgh,… Read more 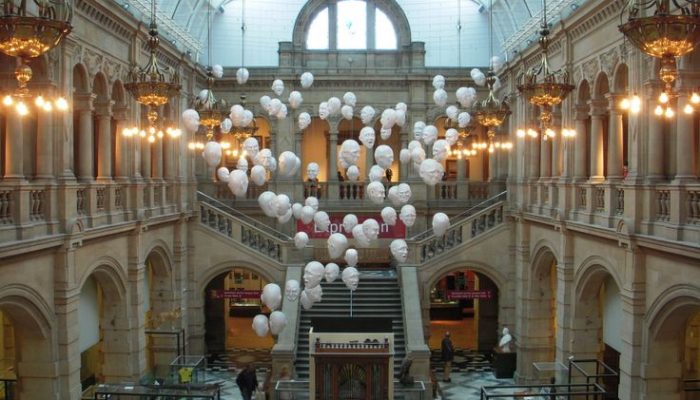 Packed full of culture, Glasgow has to be one of Scotland’s most exciting cities. They say that ‘People Make Glasgow’ and it’s hard to disagree! The hospitality and friendliness of the people are just one of the things that make it the perfect place for a city break. Explore Glasgow From comedy to Charles Rennie… Read more 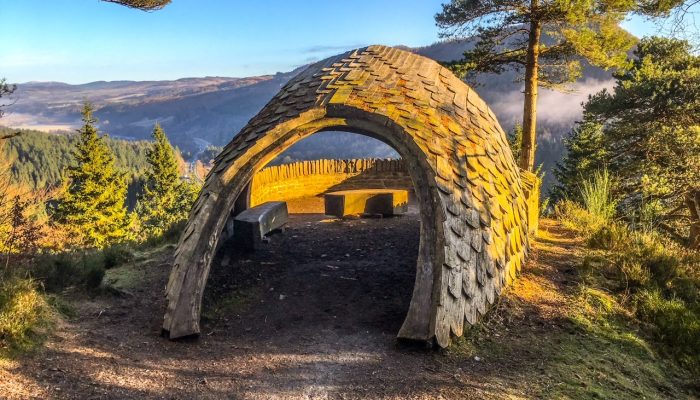 Perthshire offers a fantastic mix of city breaks and off-grid getaways, whether you’re travelling as a large group or it’s just the two of you. Home to Scone Palace, once the crowning place of Scottish kings, it’s a region that’s steeped in history. Explore Perthshire The A9, the main road which connects Edinburgh to the… Read more 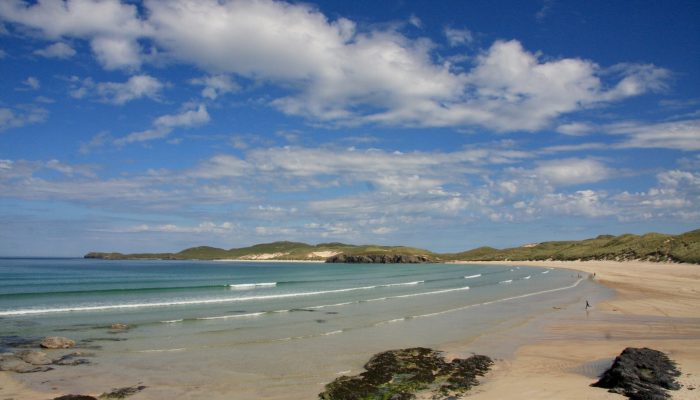 Perhaps the most iconic of Scotland’s regions, The Highlands is often the first place that comes to mind when visitors think of Scotland. From snow-topped mountain peaks to miles of beautiful lochs, explore the magical surroundings of the Highlands on your next trip to Scotland. Explore The Highlands It’s a vast area, so there’s lots… Read more

As you many already know, you can have four seasons in one day in Scotland!  Being in the northern hemisphere and on an island, it is windy, damp and rainy which many Scots refer to as ‘dreich’ but generally the weather is temperate but changeable! If we get the sun and warm weather three days in a row, that is classed as summer!  We can experience both very hot and very cold weather at times too.

This changeable weather is what makes Scotland so beautiful and photogenic;  lush green forests and countryside (and there is plenty of it), the ominous but mesmerising heavy dark grey skies, magnificent mountains and driving rain like you have never experienced (it doesn’t rain all the time, we do have dry spells) but regardless of the weather, people still love coming to Scotland!

Scotland in Spring (March/April/May) – temperatures during this season range from between 7°C to 13°C.  Easter time is lovely time to visit and see nature in bloom as well as the wee lambs springing around in the fields.  If the rain stops you from having outdoor adventures, then there is still plenty that you can do indoors; museums, galleries, fun at the escape rooms, restaurants, cafes, live music, theatres, concerts…the choice is yours.

Scotland in Summer (June/July/August) – these are classed as being the warmest months in Scotland with temperatures of around 15°C up to 17°C (but we have had over 20°C before during these months – maybe just for a few days!)

As it doesn’t get dark until nearly midnight in summer, this gives you plenty of time to enjoy your summer holiday and have fun filled days and nights; touring Scotland and seeing the many lovely towns and villages that Scotland has to offer, visiting Scotland’s many attractions and landmarks, taking trips to see the Scottish lochs such as Loch Lomond or Loch Ness, plenty of daylight for climbing Munros in the summer too! Usually a lot less rain during the summer months also.

Scotland in Autumn (September/October/November) – temperatures during this season start to fall again to around 8°C to 14°C (although we have been known to have spells of freak hot weather over past years!).

It can be quite windy in October and November but again, still a great time to take a trip to Scotland and enjoy the every changing colours autumn as you go for walks and hikes through forests and countryside such as the Cairngorm National Park, just be sure to have your camera at the ready.

Scotland in Winter (December/January/February) – Scottish winters are surprisingly quite mild compared to other countries that lie at the same latitude.  We do get snow but not lots of it; mainly on hills/mountains and Highlands of Scotland.

However, thanks to science and technology, the ski centres in Scotland have snow making machines (if they need to use them), so you can still come for a skiing holiday to Glenshee or Cairngorm Ski Centres. Temperatures are pretty cold though with the average temperature sitting at around 5°C – so make sure you pack your woolly jumper, hat, scarf and gloves!

Now that you have been inspired and are planning your trip to Scotland, be sure to pack plenty of layers and that way you will be prepared for whatever weather. During Spring and Autumn, there are ocassional days where you don’t need a jacket and you may even be able to walk around in a t-shirt and jeans!  However, we do suggest you bring a sweater, a rainproof coat/jacket and for colder months make sure you add in gloves, hat and scarf…and an umbrella is always handy to have!

Ferry Port: Cairnryan (in Dumfries & Galloway) – sailings across to either Belfast or Larne in Northern Ireland.

Stay in the loop