Muchalls: A Small Wonder of the World

Just south of the city of Aberdeen lies the charming village of Muchalls. Once a thriving fishing village with cottages scattered across the cliff tops but nowadays it’s mainly commuters to Aberdeen. Most people drive straight past Muchalls, taking a completely blind eye to it but you should not as it’s one of Scotland’s hidden gems.

Its magnificent coastal scenery is almost similar to that featured in the ever so popular TV series ‘Game of Thrones’. Think along the lines of the Iron Islands and Dragonstone. Here you are rewarded with the true gift of the coast in all its glory. From the crashing of the waves against the cliffs on a windy day to a peaceful calming sea with only the calls of nature to be heard. No matter what the weather is here, you’ll surely be able to capture a stunning photograph or two! All you have to do is park your car at the end of the road and you’ll be well on your way to seeing some of the finest views in the North East.

To begin,  there’s Doonie Point. It’s a great place for rock climbing and has attracted geologists from all over the world to study its unique formations.  From the top of the cliff, there are views across to the coast of Newtonhill. 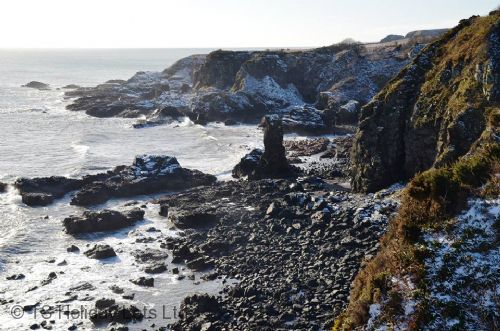 From Doonie Point, is Grim Brigs, often known as the Highland Drovers Road - Causey Mounth. This was once the main route between Stonehaven and Aberdeen. From the 12th century, it continued to connect the city and town until the turn of the 20th century and the beginning of the construction work for the A90. 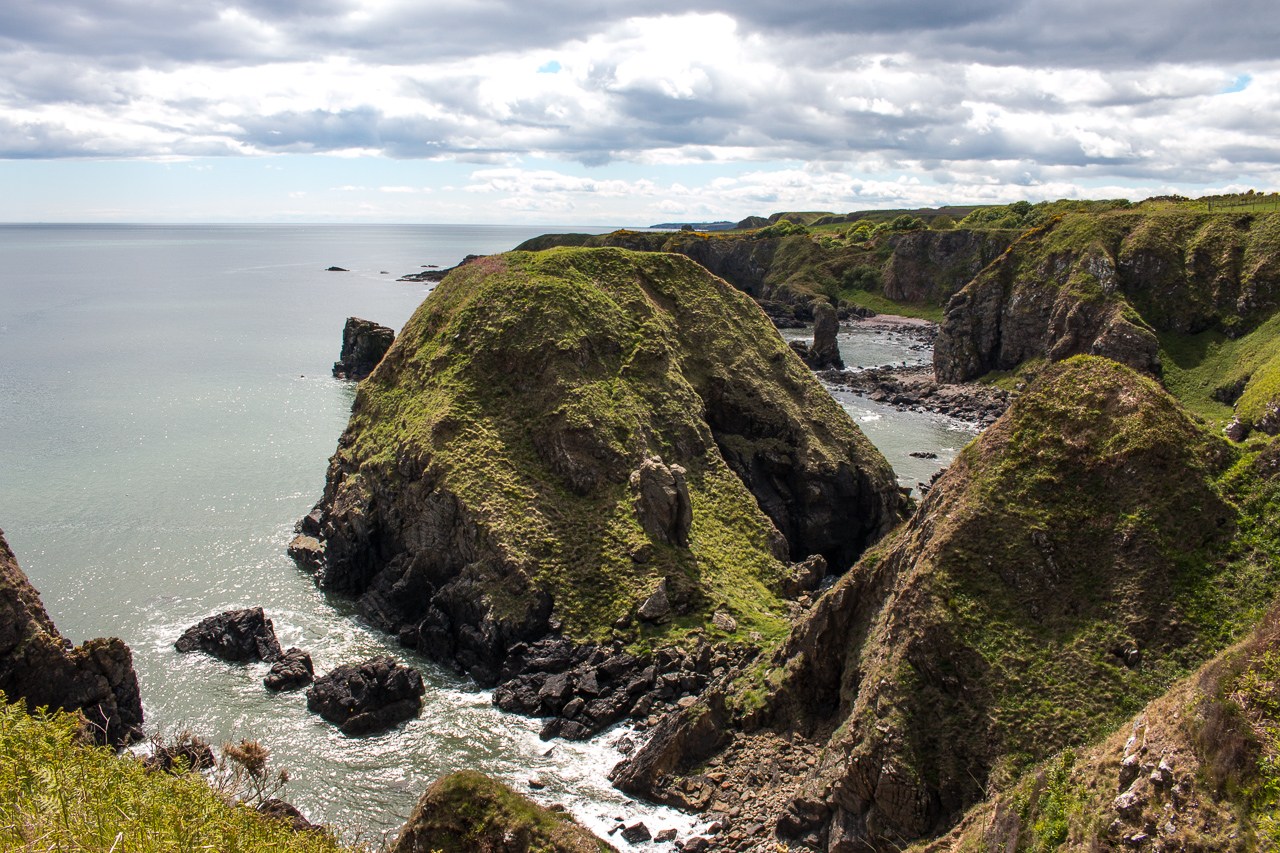 Of course, the beautiful scenery is not the only thing that Muchalls has to offer those from far and wide, it also has a very well known restaurant, in fact many people have only heard of Muchalls due to it. The Stack Restaurant takes its name from the sea stacks scattered along this stunning surrounding coastline. The restaurant provides its guests with a comfortable, casual and cozy atmosphere where everybody is welcome to come along, even your beloved four-legged friends (dogs!). There is also a great emphasis on simplicity and obtaining local sourced seasonal produce whenever possible.  Some of the delicious food they have here, includes the ‘Stack Burger’ which is made  from 28-day matured Aberdeenshire Highland Beef. The burger includes brisket and chuck steak with shallot mayo, bacon jam, Emmental cheese, brioche roll, onion ring and triple cooked chips and a rather scrumptious dessert of sticky toffee pudding with banana and caramel sauce and salted caramel ice cream. The restaurant also hosts a variety of events so keep your eyes peeled, especially gin lovers! - The Stack Restaurant News & Events. 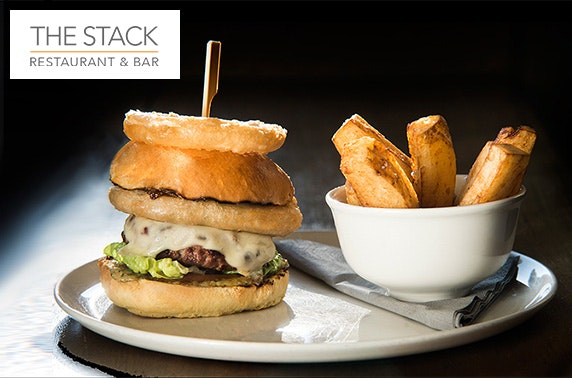 Just under 11 miles away from Muchalls is the city of Aberdeen. Muchalls is in an excellent location for those of you perhaps wanting to experience the best of both worlds whilst on holiday.  Aberdeen is renowned for its granite, and many of the buildings within the city are packed with it, look out for Marischal College and His Majesty's Theatre. Furthermore, for the keen shopper and socialiser, Union Street is the place to be with over 800 shops, restaurants, and bars.

Within Union Square, you can find over 50 stylish shops including the likes of top designer Michael Kors and Zara etc, a variety of restaurants from Nando's to Wagamama’s and a 10 screen cinema too! What more could you want?  Aside from Union Square, there is also Bon Accord and St Nicholas’ shopping centres too. However, if this is not your scene, Aberdeen has a range of lush and large parks for you to sit back and relax but even better than that, it’s got a beach! Along the pier, you can find the fun-filled amusement park - Codonas, Linx Ice Arena and cafes, and restaurants.

Whatever your tastes, Aberdeen is a great city for a day out. Just be sure to take a jacket with you as it can be bitter down by the beach on a cold, windy day. 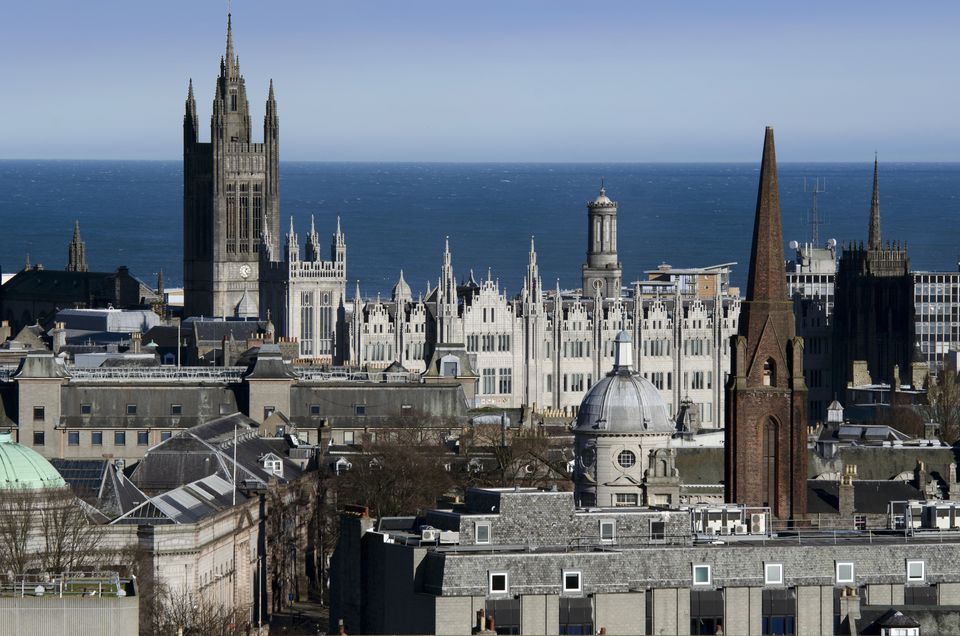 Now, there’s one thing missing here and that’s a place to stay in Muchalls of course! Our property Fisherman’s Rest may be exactly the place you’ve been looking for all along. It’s only minutes away from the rocky  The Highland Fault which attracts geologist from all over the world. The cottage dates back to the 1850's and would originally have been two fisherman's cottages.

In relation to the property, guests can majorly benefit due to the large living space provided. The living/dining area is very reasonably sized and includes the added bonus feature of a wood burning stove, in a wall of exposed granite, thus creating a calm and cozy environment for you to sit back, relax and get all cozy. The dining table can be found just at the other end of this room too. A fully equipped kitchen is also on this floor, as well as the shower room. On the upper level of the property, there are 3 good sized bedrooms, one kingsize, one double and one twin room along with a cloakroom. The property is also dog-friendly and can sleep a maximum of 6 guests.

So whatever the occasion, whether it be for a quiet weekend away or a tour of the North East coast, we would highly recommend a stay at Fisherman’s Rest!. 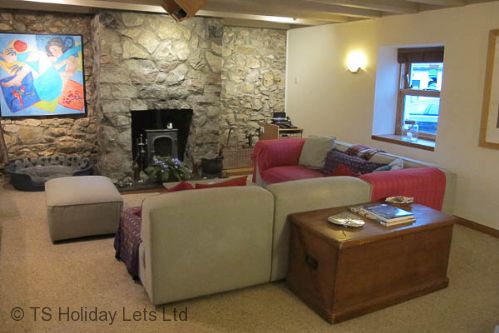