The Three E’s in Easdale

There are many hidden wonders throughout the Scottish Highlands and located on the West Coast is the small island that goes by the name of Easdale. Sixteen miles south of Oban and less than ten hectares in size and home to just 60 residents (as of January 2017) makes Easdale the smallest inhabited island in the Inner Hebrides.

Easdale has seven water-filled quarries that are barely visible above the sea, this is because during the 19th century a ferocious storm drove a tidal wave onto the island flooding all of the quarries. Due to a lack of sufficient pump systems, the Islanders were unable to disperse of the water as doing this would prove far too difficult. Although nobody was killed this terrible flood, the island's economy was never the same, prior to this around 9 million slates a day were exported around the world from Easdale and between 400 -500 residents were living there. In the following years, Easdale saw another challenge and that was the beginning of the Great War (WWI 1914-1918) and the conscription of the many able-bodied men. Soon enough the need for the remaining slate from Easdale was tested once again and as Dutch slate became a much cheaper and bigger export resulting in the remaining slate production in Easdale plunging into decline.  However despite slate production not being in is heyday on the island anymore, the original cottages still have the slate from the quarries. Nowadays the Island still remains and is proud of its heritage and a strong sense of community, so why not come along and pay it a visit! 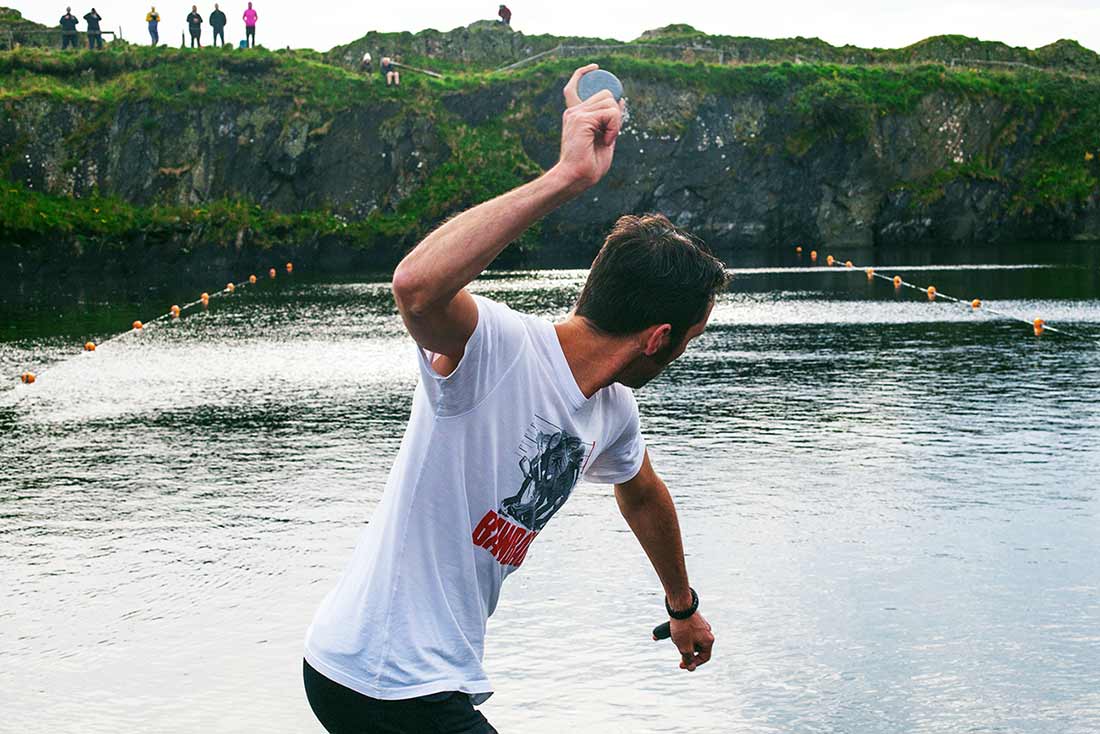 From nearby Oban on the mainland, the Seafari offers a range of award-winning tours including a two hour Corryvreckan Wildlife Tour, Whirlpool Specials, whale watching and day tours to Iona and Staffa. These tours are often very insightful and allow some great photo taking opportunities, especially on a clear sunny day. Also, look out for the copious amount of wildlife you’ll see soaring above you or indeed swimming by on your journey or even nestling on the rocks, puffins, seals, and dolphins are just some of the beautiful creatures to look out for. To plan your boat trip check out the website  Seafari Oban.  Another attraction is the Easdale Island Folk Museum, it has well-designed displays depicting a range of topics from the slate industry, army volunteers, education, and public health to geology, boats, and entertainment. – Easdale Museum.  Now, this might not strictly be exploring but rather watching or participating if it’s your thing. In September the World's Stone Skimming Championship is held on the Island of Easdale and anyone of any skill can enter so don't be shy! – World Stone Skimming Championship. Of course, there’s one final thing you can do on the island and that is to simply walk the length of it or take a  stroll to the top of the 38m high hill that boasts stunning views of the Firth of Lorn to the north and many other islands to the south.

Much to the displeasure of some, there's not a single Mcdonalds or any fast food eatery in sight on the Island of Easdale but there is the charming is the Puffer Bar and Restaurant. The Puffer Bar and Restaurant, this award-winning restaurant has some of the finest produce from the West Coast of Scotland on offer. From locally sourced Firth of Lorne langoustine, crab, lobster, hand-dived scallops and squat lobsters to wild venison from just over the water on the Isle of Seil. Here you will be guaranteed simple but exceptionally fresh cuisine, a seafood lovers idea of heaven no doubt!

If you’re fed up of your computer screen glaring at you, or just needing a well-deserved break, then we’ve got the perfect spot for you on Easdale, in fact, we’ve got two but here’s a little taster. 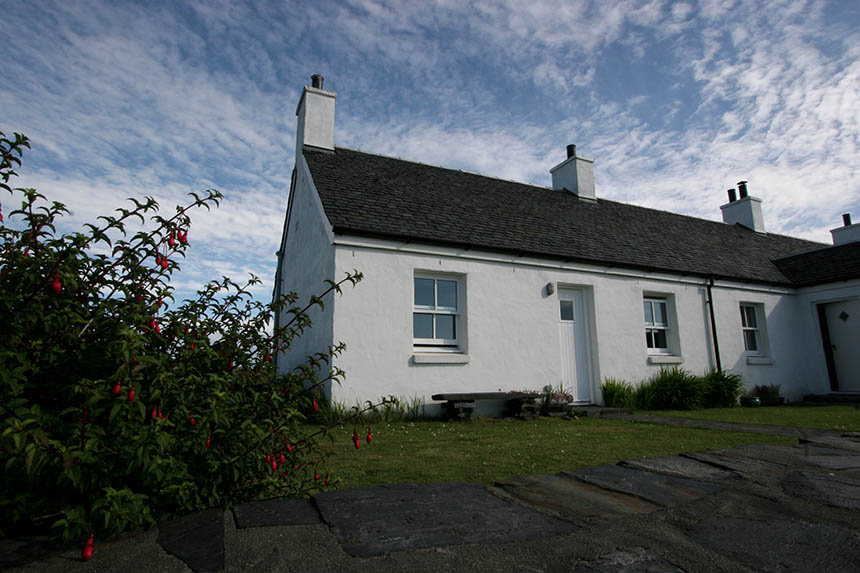 Refurbished in 2015, our property An Rubha Cottage offers all who visit a comfortable stay with unlimited and unrestricted views of the sea. An oasis of tranquility. The stress of everyday life is completely avoidable as you will be able to relax and simply have some much needed R&R. This cottage sleeps up to 5-6 people in 3 bedrooms, the beds are super comfy and consist of two doubles and a twin. Perfect for a small family getaway. The property is well equipped with all the necessary modern day essentials such as Wi-Fi throughout and other everyday appliances such as a washing machine, dishwasher, and digital tv. For those wanting a break from the screen, there's books and a cd player too!

To discover more about this charming island then check out their very own website  http://www.easdale.org/index.htm

If you happen to visit any of these places then do let us know!

Or drop us an email hello@clickbookstay.com