What to do when you visit Scotland

What to Do In Scotland 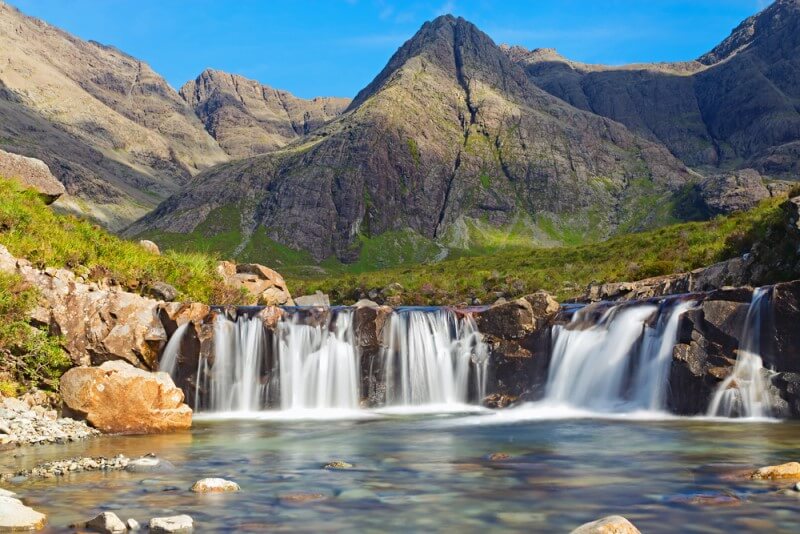 With its mighty mountains, glistening lochs, lush woodland, and miles of golden sandy beaches – Scotland’s landscapes will take your breath away. The undulating hills of patchwork green and the drives through the deep glens to the rural farming lands of the Lowlands. Scotland is undeniably a country with vast landscapes and sheer natural beauty. A real sense of pride, adoration and admiration is often given to such landscapes as many have been left untouched by man for centuries. The finest of nature’s art stands before your very eyes.

In September 2017, the Rough Guide readers voted Scotland as the ‘Beautiful Country in the World’ and it is very easy to see why. The landscapes in Scotland in are like no other.  The image above is the Fairy Pools on the Isle of Skye  The Fairy Pools are a popular destination amongst keen walkers and photographers. This is because it is one of the most magical places in Scotland. The water in the the pools is so clear, it’s perfect for any daring swimmers who wish to enter the chilly depths. For more information on some of the best landscapes in Scotland see here –Scottish Landscapes and Nature. Whether you decide to roam the Highlands or Lowlands embrace every moment of the best of what has to offer you, you just won’t get views like ours anywhere else in the world.   Intertwined with Scotland’s beautiful landscapes is often myths and legends, perhaps the most known of these is the ‘Lochness Monster’ or as we Scots like to call her ‘Nessie. However there is certainly more than meets the eye in this case, there has been over 1000 sightings of Nessie which has in turn left scientists slightly bamboozled as there is very little evidence to prove her existence. Despite this lack of proof, it is clear that due to the strength of firm believers, Nessie has successfully put the small town of Lochness and the Loch itself on the map for all of the world to see.

2. Taste the Food and Drink the Whisky 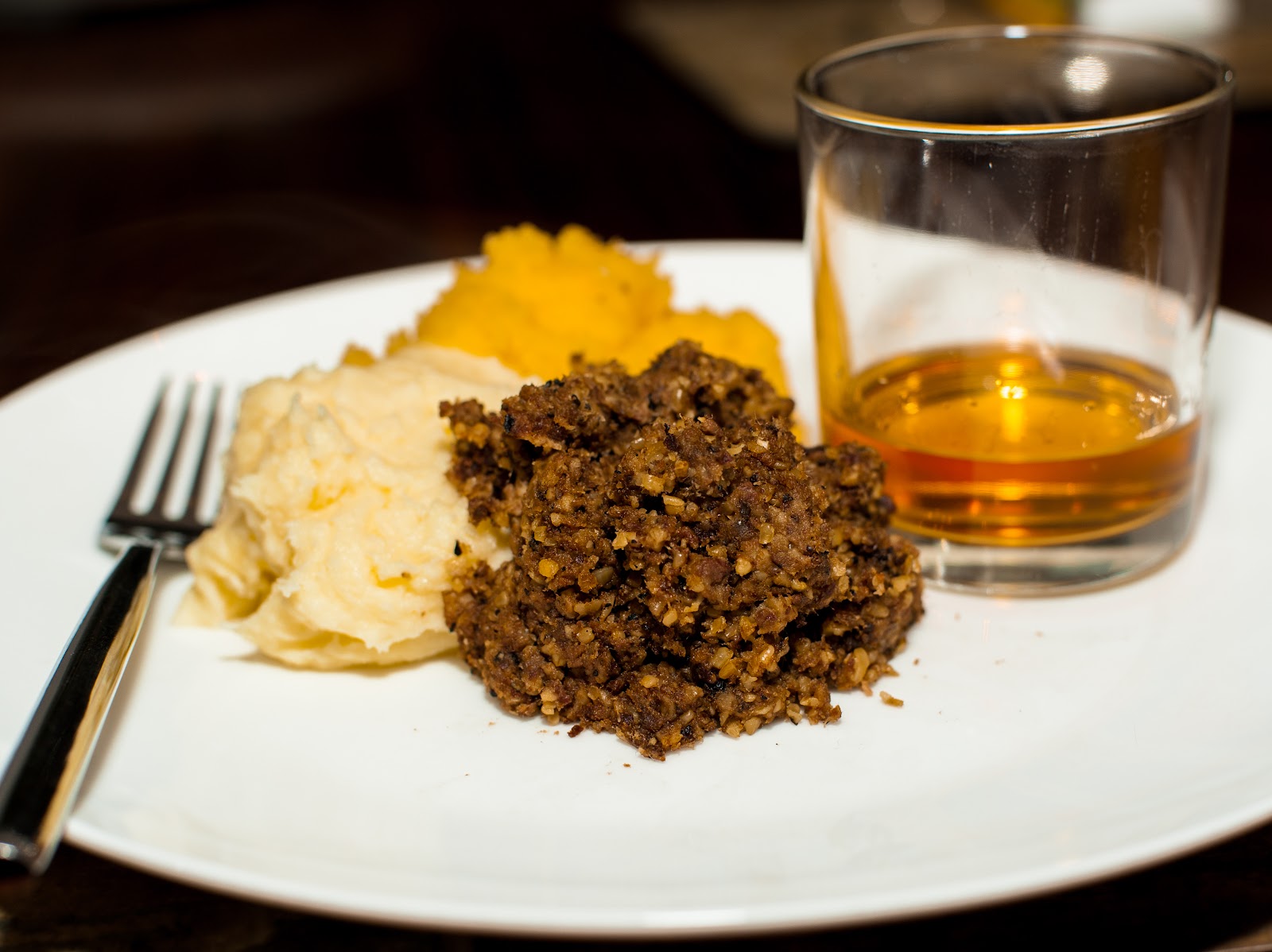 No trip to Scotland would be complete without a delve into some some traditional Scottish cuisine. The Scottish poet Robert Burns made his adoration for Haggis very clear in the best way he knew how to by writing the poem ‘Address to a Haggis’ Burns wrote this poem to show his appreciation for the dish and ever since then Burns and Haggis have been linked together.  Haggis is a savoury dish that combines meat with oatmeal,onions and spices. It is usually accompanied by neeps and tatties (that’s Scots for turnip and potatoes). Traditionally Haggis is cooked in a sheep's stomach but nowadays it’s mostly sold and cooked in a synthetic sausage casing. It’s definitely not a dish of beauty but the taste surely makes up for it!  Haggis is widely available in supermarkets and independent retailers across Scotland. Macsween of Edinburgh  is one of the best known Haggis producers in Scotland and it's available to buy online and can be shipped overseas.  Various restaurants in Scotland also have it on the menu, some of the best restaurants to check out for this include the Hadrian's Brasserie and The Whiski Bar in Edinburgh and Cafe Gandolfi, and City Merchant in Glasgow. Just like food, Scotland has a national drink and it is one of the country’s biggest exports enjoyed worldwide. That drink is Whisky. To make this drink distillers take pure fresh water from Scotland’s streams and barley from the fields and then carefully blend the ingredients together to create this spirit. However the spirit does not automatically become ‘Scotch’ until it has aged for at least 3 years, single malt whiskies take far longer than this. In Scotland there is over 100 distilleries spreading across five regions – Campbeltown, Highland, Islay, Lowland and Speyside.There is many tours on offer at each distillery and opportunities to learn all the tricks of the trade as every whisky has its own unique flavour suiting all taste buds! When visiting Scotland make it one of your main priorities to visit a distillery and see for yourself a wonderful Scottish creation being made in the flesh, from distilling to bottled. 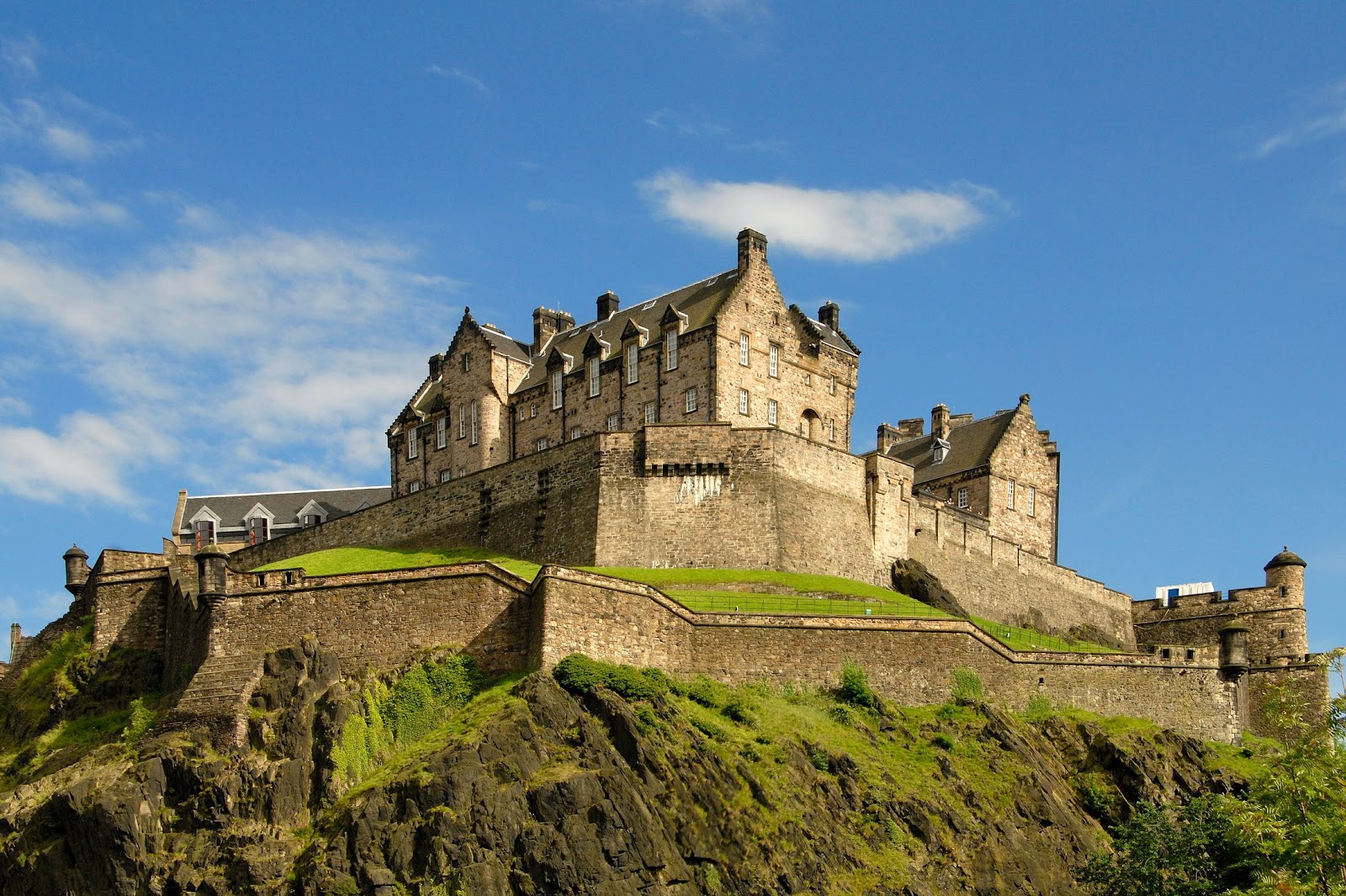 It is no secret that Scotland filled with riveting history. There has certainly been several trials and tribulations and turbulent times but all of that is what laid the foundations for Scotland to become the country it is today. In Scotland alone, there is over 2000 castles, the most popular of these is Edinburgh Castle which has dominated the city’s skyline for 800 years. This most famous of Scottish castles has a complex building history. The oldest part, St Margaret's Chapel, dates from the 12th century; the Great Hall was erected by James IV around 1510; the Half Moon Battery by the Regent Morton in the late 16th century; and the Scottish National War Memorial after the First World War. The castle houses the Crown Jewels of Scotland, the Stone of Destiny, the famous 15th century gun Mons Meg, the One O' Clock Gun and the National War Museum of Scotland.  Another castle of significance to Scotland is Stirling Castle and the city of Stirling itself.  In the year 1286 there was indeed a crucial turning point in Scottish Kingdom, this was due to the sudden death of the King Alexander III. This now meant that the senior Canmore line had came to an end and with that came the confusion over who would rule Scotland which ultimately plunged the kingdom of Scotland into uncertainty for the future The neighboring country of England’s monarch, Edward I, believed he should be recognised as overlord of Scotland and thus his troops marched north in a series of bloody sieges. In 1297, Edward’s army planned to cross the River Forth at Stirling Bridge; the Scots seized the opportunity to attack at the crossing of the River Forth, the Stirling Bridge, forcing the English army to retreat. It was Scottish and freedom fighter William Wallace was able to secure his triumphant victory against the English and ultimate made a name for himself that will forever be known in Scottish history.  Despite Wallace’s victory it was only a small step on the road to Scots gaining some form of independence. In 1304 Edward I captured Stirling Castle, however this caused a change in the Scots as they became accustomed  to the ways of Edward I, it would take a much stronger force to end his rule here as Wallace was hung, drawn and quartered.  Today a Scotland the Wallace Monument and Museum stands tall over the city just as the castle does. It is worth visiting them both. 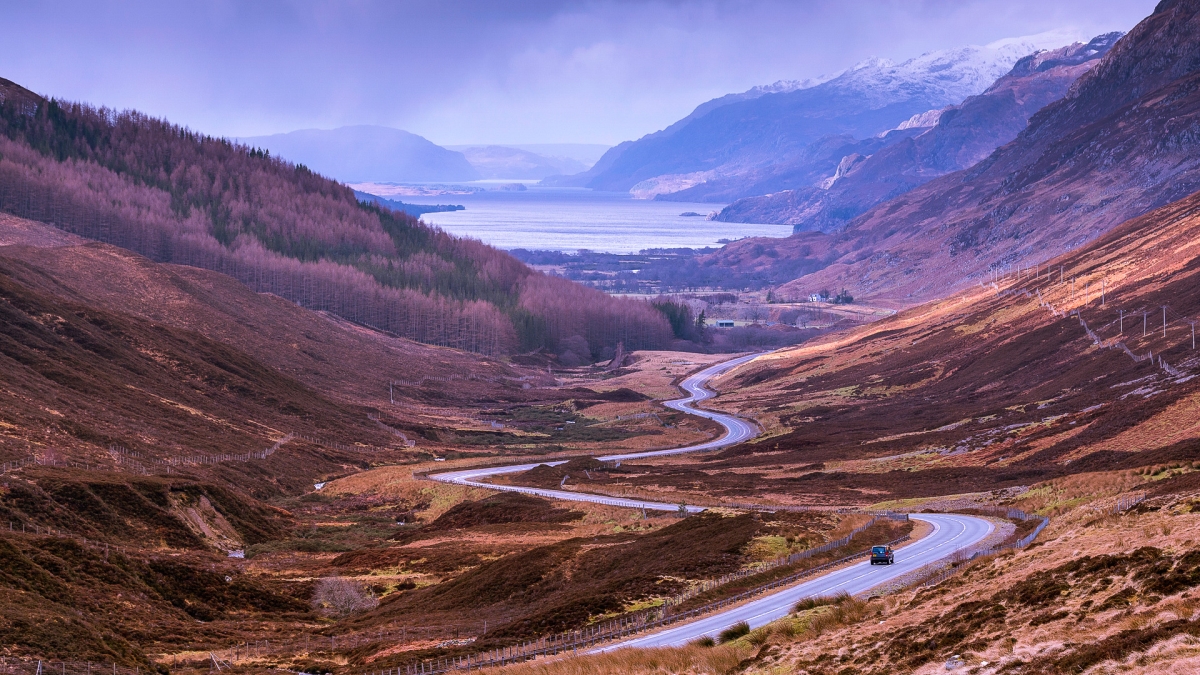 There’s nothing quite like the freedom and fresh air of open wide spaces and perhaps the wind blowing through your hair. Almost never-ending back roads, wide meandering country tracks and beautiful twists and turns through some of Scotland's finest coastal scenery. Well that’s exactly what a great drive through the North Coast 500 has to offer, it’s Scotland's answer to Route 66 .The journey begins in city of Inverness, and to the west coast to Applecross and then northwards towards the towns of Torridon and Ullapool. From there, you'll find yourself arriving to some of the most northerly coastal points in Scotland, passing by Caithness and John o' Groats before heading south again through Dingwall and finally back to Inverness.The North Coast 500 is a 516 Mile scenic route around the north coast of Scotland to the furthest north point of mainland Britain, John O’ Groats. It is a drive unlike no other at whatever time of year. The views will simply take your breath away (just bring a jacket as it may get a bit chilly at certain times of the year!).  To start your adventure have a look at the website North Coast 500 for more!

5. Be Inspired in Glasgow 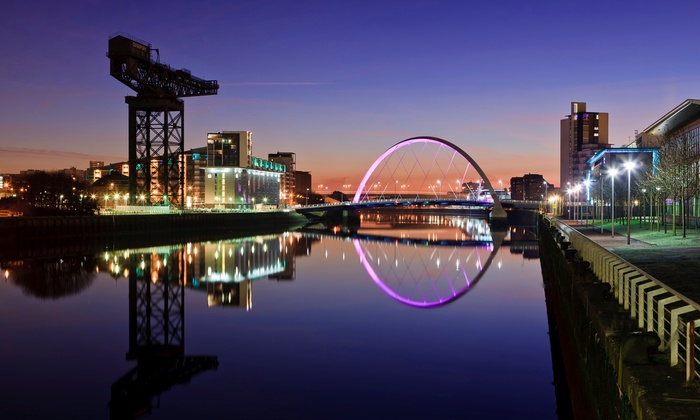 Glasgow, once a key element to Scotland's industrial and economic growth in the era of the British Empire, a city of culture now flourishes, with a creative edge. It’s gone from shipyards to embracing the new modern architecture along with it’s treasured historic buildings. Not to mention award-winning museums and live music venues, and restaurants. This is a city filled to the brim with inspiration from its art, history, stunning architecture, to its culture. The city almost never sleeps, there’s creativity everywhere.   For more information about this wonderful city have a look here – Why you should visit Glasgow.

This is of course just a small sample of what Scotland can offer if you feel there is anything we should add get in touch.